Here is yet another popular African shamanic tool. They are great for stimulating dreams, can be made into shamanic jewlery, used as a talisman or cultivated and used for other medicinal properties.

For centuries different tribes and cultures from across planet earth have become intoxicated from psychoactive plants, using them for their benefits and believed healing powers.

NEW!
Cowage seed has been used as a sacred ingredient in Ayahuasca brews. It contains serotonin, nicotine, and other fascinating compounds.

Indian Warrior was prized by Native Americans. It has sedative and relaxing properties.

NEW!
This psychoactive lotus has been used to stimulate meditation and induce deep states of relaxation.

Mullein contains "mucilage". a beneficial alkaloid for the respiratory system.


This is a unique and rare selection of the finest aromatherapy tools on the planet. These resins, oils, saps, and crystals have been burned as incense throughout history by many cultures. Incense are used in religious ceremonies, ritual purification, aromatherapy, meditation, for changing mood and masking unpleasant odors. If you came here looking for 'herbal incense' aka "spice" or "k2", then sorry. I also strongly recommend against buying or consuming any of that because it's garbage that may kill you.


Research Chemical Free No Synthetics
Amber Resin
This natural fossilized tree resin has been burned as an incense all throughout history. It has an aroma that brings joy to the minds of human kind. It's also prized as a catalyist for spiritual practices by collectors and certain spiritual paths which embrace the art of meditation. It's a must have in aromatherapy practices. It's also famous among collectors of gems.

This tree resin ( harvested ethically with respect to future generations ) is quite a unique fragrance. It's typically burned on special occasions by various cultures. Unlike other resins, it has an aroma that reminds one of a lager beer.

Camphor has an aroma almost identical to that of Menthol. It's very minty and I find it great for clearing sinus congestion, etc. It's harvested ethically from the Camphor tree. It differs from other sap scents, resins, oils, because it's more of a collection of compacted crystals.

Copal is one of my personal favorites. To me it's like a cross of camphor and frankincense. It smells sweet, organic, and has an uplifting vibe to it which can be described as energetic, stimulating alertness. Unlike other resins or dried sap like gems, it's more nootropic in nature.

This is a popular natural incense used by many cultures. It smells better than it looks. Looks can be deceiving. It's another tree sap which is gathered with full respect to mother earth. It has medicinal properties and has been used for centuries all around the world for its pharmacological value.

Eucalyptus has many applications in aroma therapy. It's a highly valuable and potentially dangerous scent. The use of this one should be done so by highly trained professionals only. Oils can be isolated from the leaf itself. This is easily done with a steam distillation system. It contains Eucaylptol which is an active ingredient in Listerine. It's also great for use in home made presticides and fungicides because it can kill certain fungi, bacteria, and keep nasty pest from eating your plants.

Frankincense is one of the most historic incense on the planet. It's basically dried up tree sap or dried resin. It's prized by just about every spiritual walk of life there is. The smoke is intoxicating, yes intoxicating. It's great for burning during meditation and has a lot of science behind it's mysterious effects. It also has use in aromatherapy and other medicinal applications.

The aroma of Lavender is great for depression and lifts ones mood. It has some sort of effect on the mind that causes sadness or depression to melt away into a warm feeling of contentness. It's a must have in aromatherapy and does contain medicinal alkaloids as well.

Pure menthol is just awesome. It's extracted from Mint plants in its full form. It can be dropped into a cup of boiling water to permiate the air. The steam is wonderful for clearing sinus congestions. Keep it out of contact your eyes. This is literally, menthol CRYSTALS!

Myrrh is a personal favorite of mine for its pain relieving qualities. It literally interacts with opioid receptors located in various regions of the human body. It's great in tinctures or infusions with other opiate-like plants such as Kratom and Opium lettuce. It's also prized among Reiki healers. They use it in energy work. It's ethically harvested tree sap or resin.

This one has been traditionally used in Ayahuasca ceremonies. It's loaded with valuable phytochemicals such as terpens, limonene and α-terpineol. It's believed to boost the immune system and it also contains valuable antioxidants.:)

These charcoal tablets are Used for burning oils, resin or resins, sap, and any other form of natural aromatherapy. They are not for indoor use. They're more ideal for an outdoor area such as a patio or porch. Many of these items are very useful in keeping mosquitos and other pest away during seasons in which bugs tend to invade human territory.

Almost every spiritual path uses white sage for some purposes. In aromatherapy, it's used to treat depression. There is some scientific inquiry behind this belief seeing as how it does contain pharmacological constituents. Some consider the oils to be oneirogenic ( dream inducing ), mostly because of their Thujone content. Thujone is often found in plants which are used for their oneirogenic properties.


Wisteria is one of the greatest scents you'll ever encounter. It literally fills the entire atmostphere around it with consciousness expanding awe. The scent travels far in the wind and attracts bees, butterflies, and other beneficial creatures.

Because of it's MAOI contaning phytochemicals, this species can be used to intensify the effects of other psychoactive plants. 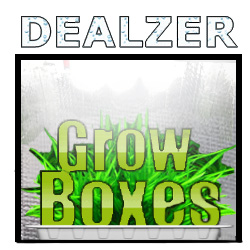